Seven-seater cars aren’t quite the force they once were, but some manufacturers remain loyal to the cause. After all, not every driver limits the number of people travelling with them on a journey to just four.

In order to seat seven people, cars need to have three rows of seats. And it’s with the two-person third row that clever engineering usually comes into play.

You see, 7 seater cars aren’t fixed in that configuration. Their extra seats can easily be folded flat into the boot floor, creating a five-seat car with a massive boot. That means extra seating capacity when you need it, and extra luggage space when you don’t.

You can buy 7 seater cars in all shapes and sizes, from commodious crossover estates to luxurious SUVs. There’s something for everyone offered by the manufacturers who keep this family-friendly variety of car going strong.

Here’s our pick of the best 7 seater cars currently on sale in the UK.

The Skoda Kodiaq is one of the best 7 seater cars on sale. Skoda’s largest SUV, it has established itself as an upmarket-feeling family car. A recent facelift brings more distinctive styling and even higher quality detailing for the interior. The first and second rows of seats are very accommodating and the third row is useful for accommodating younger children. Even with all seven seats in use, the 270-litre boot is a reasonable size. In five-seat mode, it’s a capacious 720 litres. Various economical petrol and diesel engines are available, and you can even choose a sporty Kodiaq vRS, with a twin-turbo diesel engine producing 240hp. 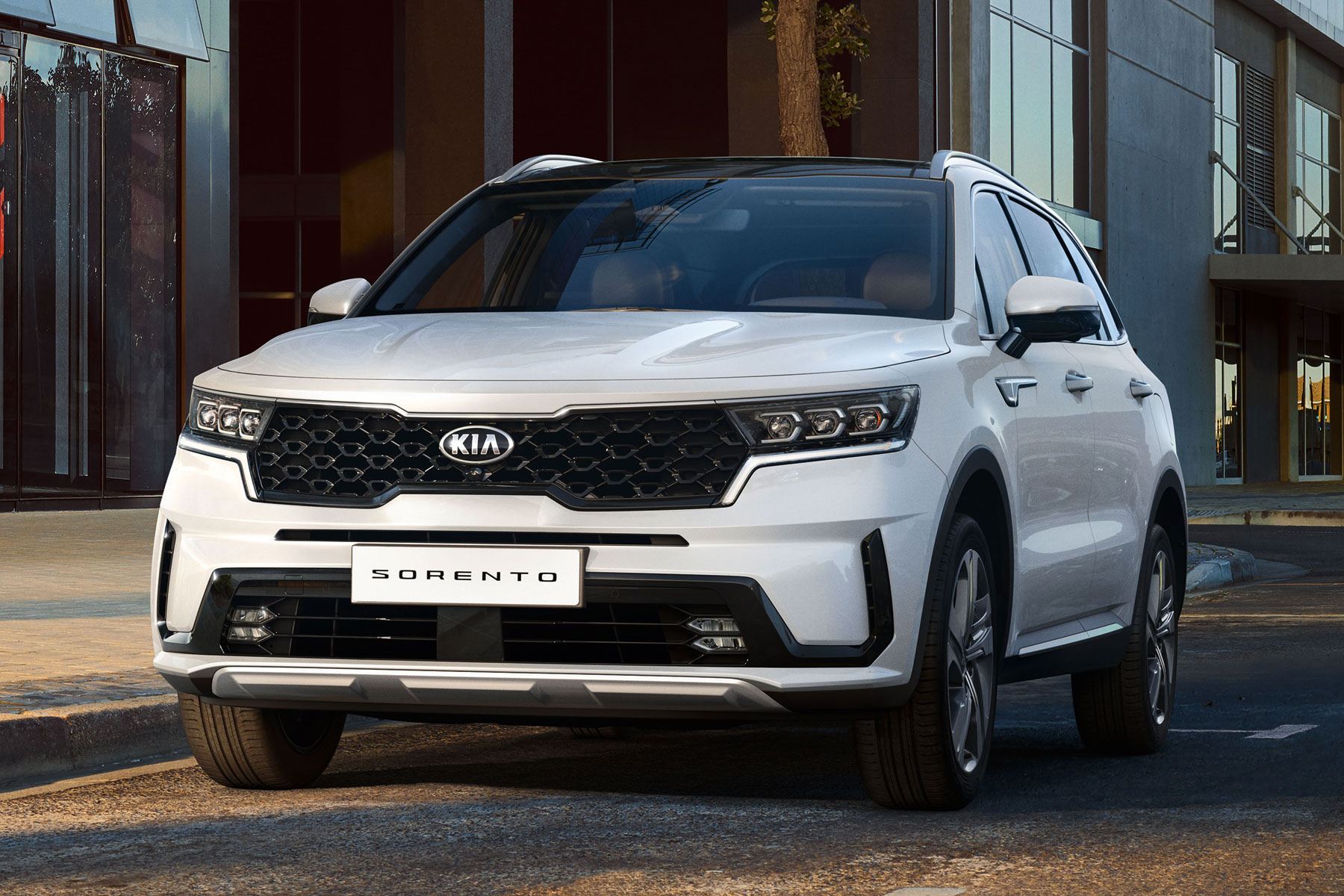 The Kia Sorento is a large and rugged SUV. It measures 4.8 metres long and 1.9 metres wide, so it certainly has a presence on the road. It’s well equipped inside too, justifying prices that start from around £40,000. Choose either a diesel version or a ‘self-charging’ petrol-electric hybrid. There’s also a plug-in hybrid model that emits 38g/km CO2 in official tests and has an EV range of 35 miles. Every Sorento comes with an automatic gearbox and all-wheel drive. It’s roomy in all three rows of seats, while even third-row passengers get an array of USB charging sockets and their own air conditioning controls. Meanwhile, fold all five rear seats and a cavernous 2,000 litres of boot space is opened up. 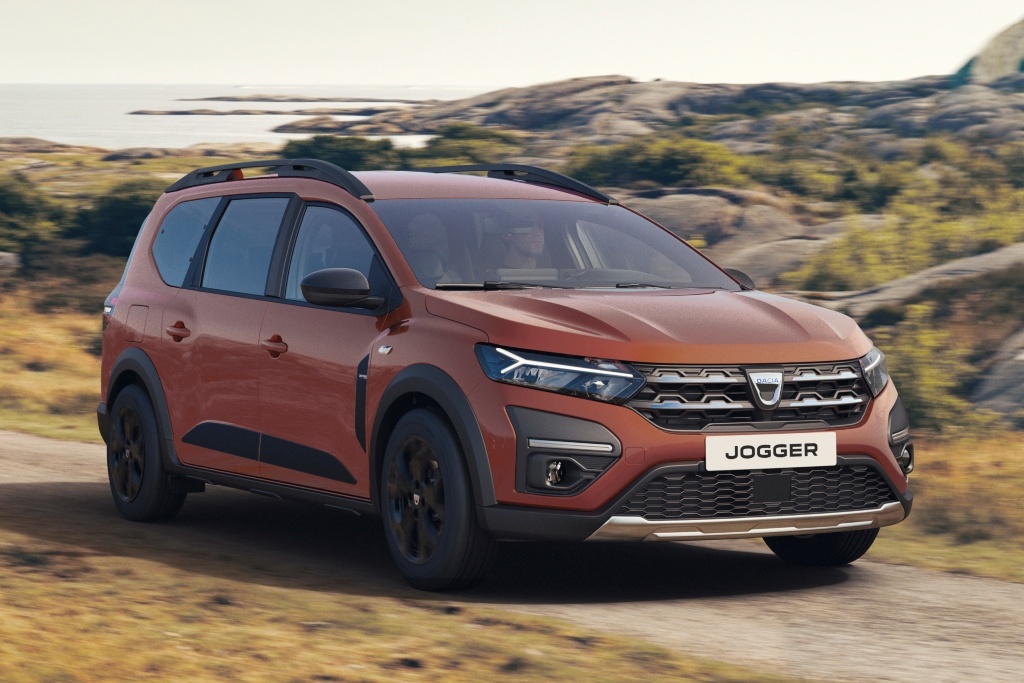 The novel Dacia Jogger is a new take on the 7 seater concept. It’s derived from the Sandero supermini, but has an ultra-long wheelbase and a rear end that’s a fashionable mix of crossover SUV and estate car. This unique setup offers really impressive second-row legroom and a surprisingly spacious third row. It even has 200mm of ground clearance for a spot of mild off-roading. The real standout, though, is the price. The Jogger starts from less than £15,000, which is little short of astonishing. Even the top-spec model costs less than many entry-level superminis. The Dacia is a brilliant choice for those seeking the most affordable 7 seater car on sale. 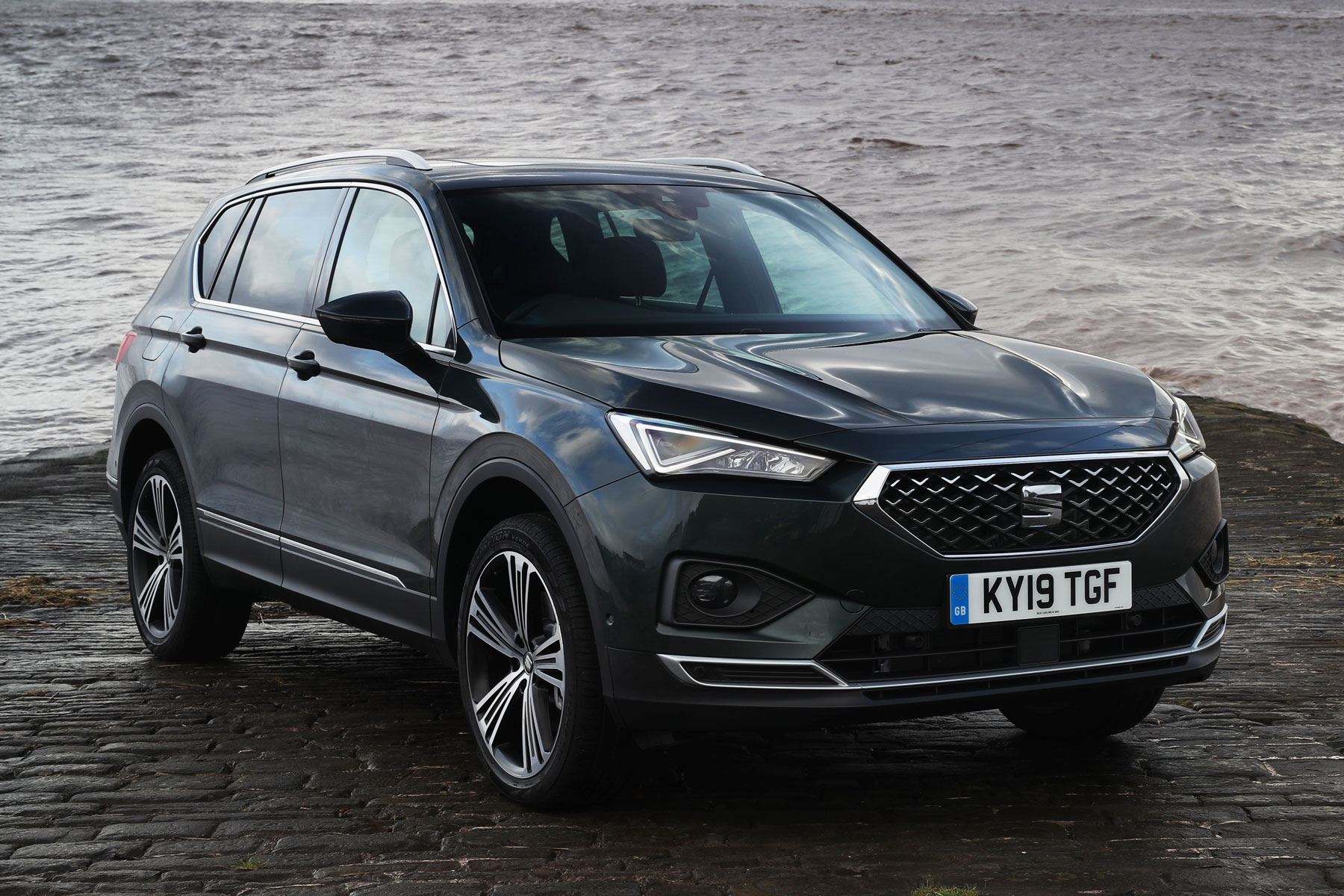 The SEAT Tarraco is the 7 seater alternative to the smaller five-seat Ateca SUV. It has upmarket styling to position it as SEAT’s range-topper, and the interior feels high quality. Every version has seven seats and benefits from a full five-star Euro NCAP safety score. All but base-grade models have an 8.0-inch touchscreen media system and ‘digital cockpit’ electronic dials. Efficient petrol and diesel engines are available, with top-spec versions offering all-wheel drive. The 245hp turbo petrol flagship is fun if your budget stretches that far, particularly in FR Sport trim with 20-inch alloys and sports seats.

The Land Rover Discovery is an archetypal 7 seater that has a long history here in the UK. A huge 4x4, it offers acres of space inside for all seven occupants, plus ultra-practical seats that fold in a multitude of ways. An authentic off-roader, every version gets air suspension and a comprehensive all-wheel-drive system. Its upmarket ethos also means plentiful equipment, including an ultra-wide touchscreen infotainment system called Pivi Pro. This looks good and is a delight to use, with all the smartphone connectivity you’d hope for. Petrol and diesel engines are available, all with automatic transmissions, with prices starting from around £55,000. 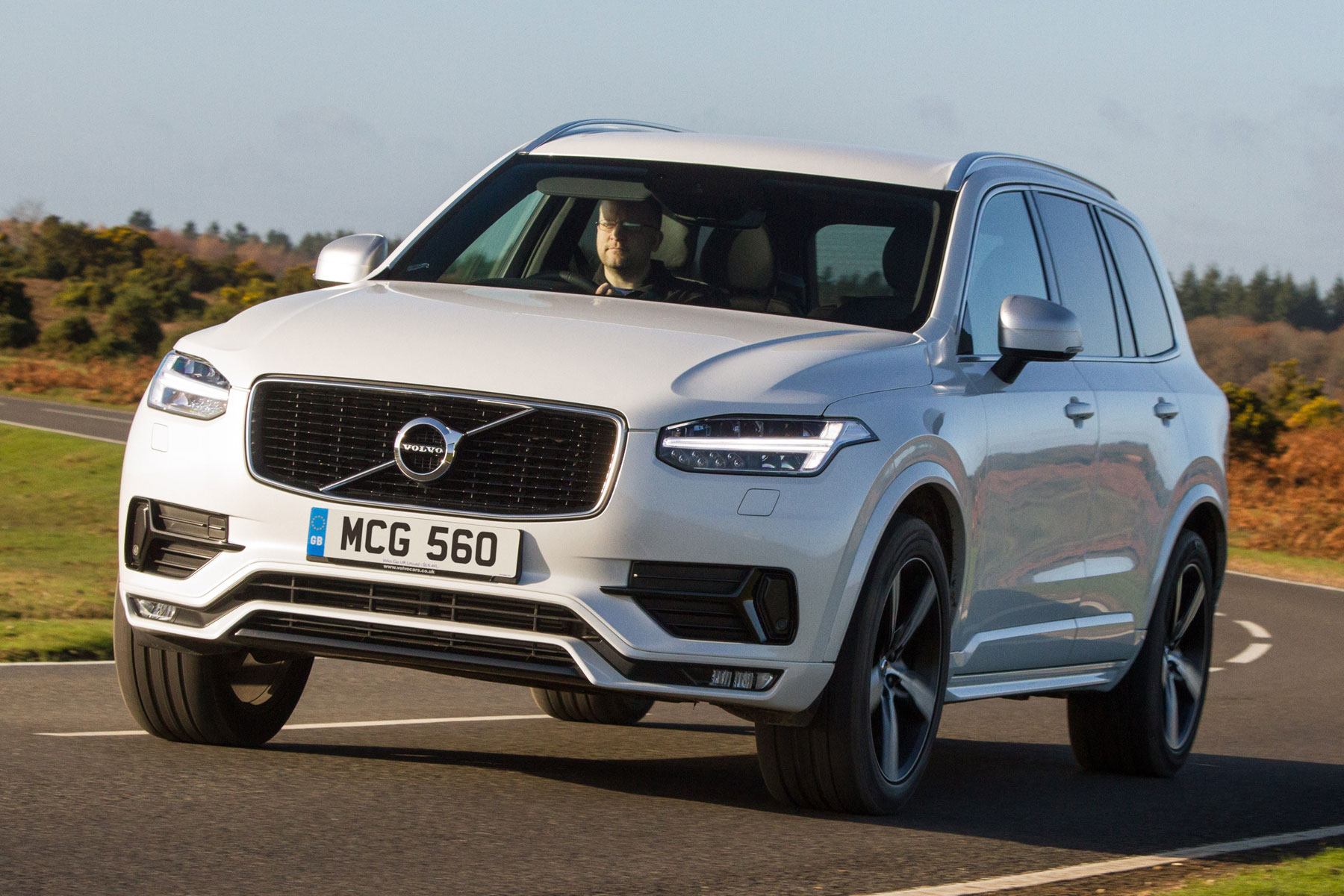 The Volvo XC90 is another long-running 7 seater. This latest version continues to be the firm’s range-topping model, with levels of equipment (and prices) that reflect this. Offered in both mild hybrid and XC90 Recharge plug-in hybrid guises, the latter has a pure electric range of up to 42 miles. Every version offers a luxurious cabin with plush trimmings and a Google-based infotainment system: Volvo claims ‘best-in-class’ navigation. Safety is also second-to-none, with good crash protection and an armoury of active assistance tech to help you avoid an accident in the first place. 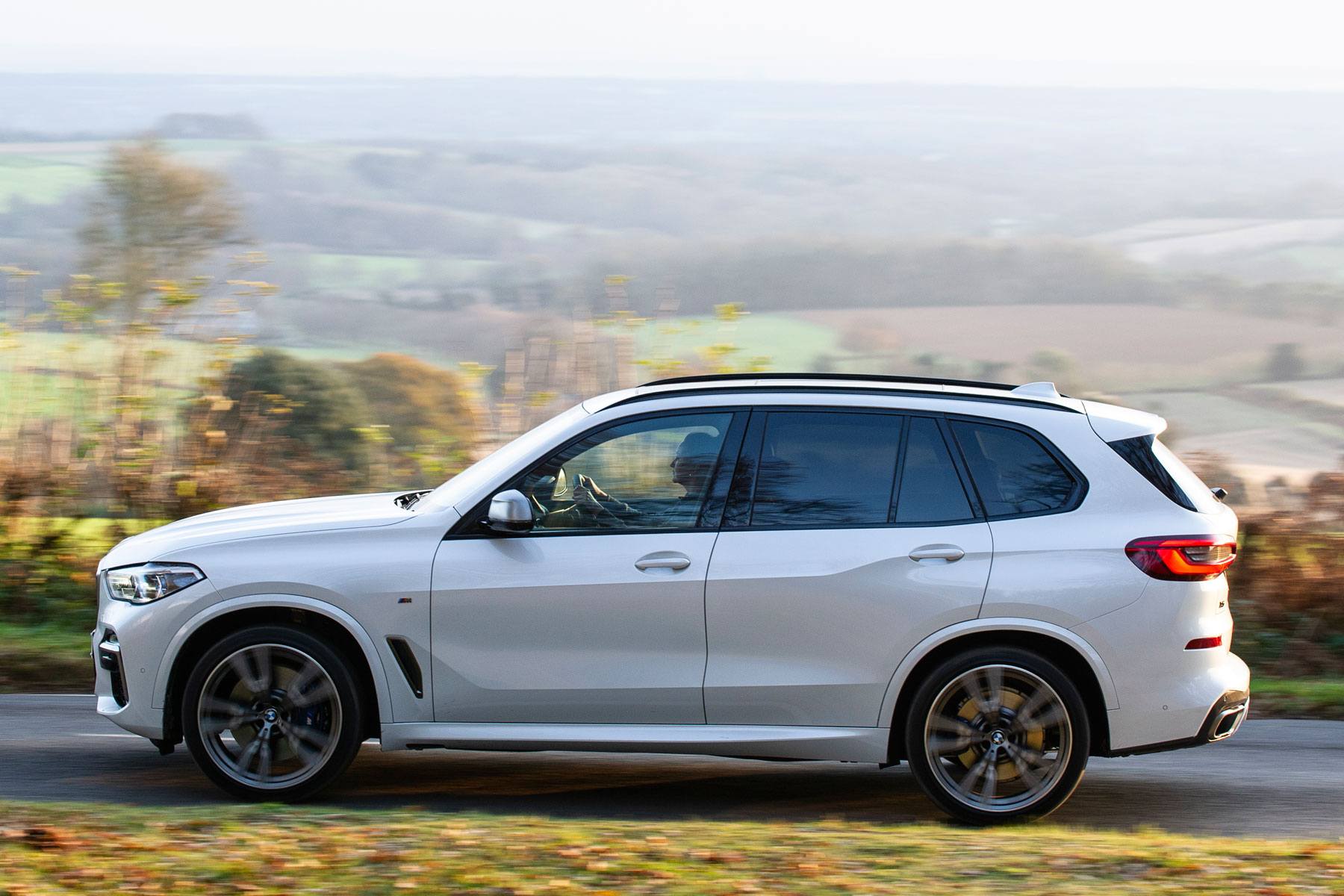 While the flagship BMW X7 comes with three rows as standard, the more affordable X5 also has a 7 seater option. The rear seats aren’t the roomiest, but they’re OK for kids – and choosing this spec brings electrically-adjustable middle-row seats, too. Living up to BMW’s brand image, the X5 handles exceptionally well, with driver-pleasing dynamics and feedback. But it’s luxurious too, with a leather-laden interior and delectable detailing. It feels really special, and we love BMW’s latest infotainment systems. Regular petrol and diesel versions are crowned with the M50i petrol and M50d diesel range-toppers. However, we think the sweet-spot is the X5 xDrive45e plug-in hybrid, which has an impressive pure electric driving range of 55 miles.

The Peugeot 5008 has recently been facelifted to keep it fresh. The 7 seater sister to the well-liked 3008 SUV, it is identical up-front, but has a more voluminous rear end to accommodate third-row passengers. The small rearmost seats are great for carrying a couple of friends for your children, while folding them flat into the floor provides a seriously impressive 952 litres of boot space. Choose from petrol or diesel engines, with power outputs up to 180hp. Peugeot also offers a good amount of standard equipment, while its innovative ‘i-Cockpit’ layout keeps things interesting inside. 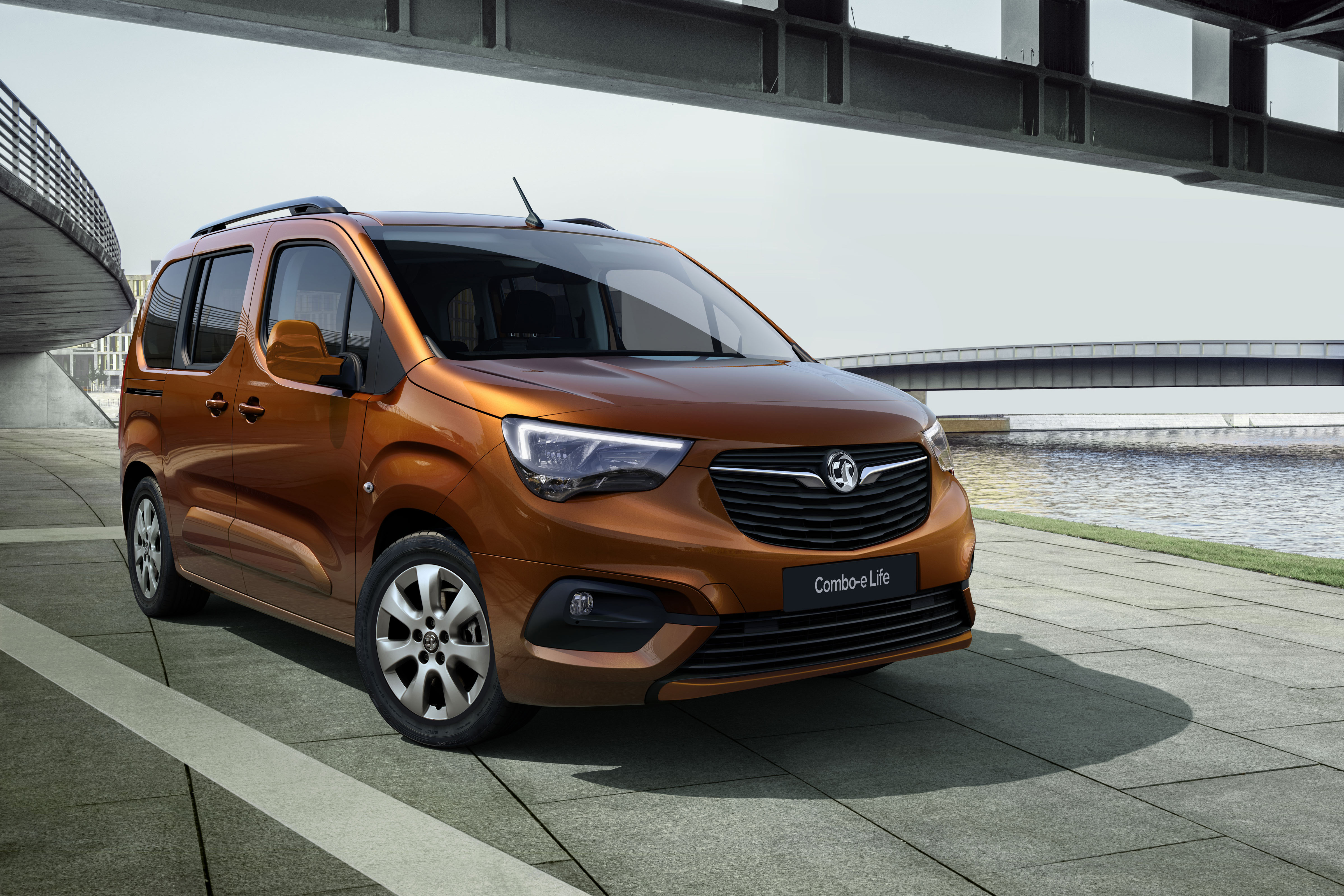 The Vauxhall Combo-e is a large 7 seater offered in regular and long-wheelbase formats. Because it’s based on a van, not a car, interior space is genuinely vast. No matter which seat you choose, there will be acres of legroom and headroom. It’s easy to access all seven seats as well – aided by sliding rear doors. A gigantic tailgate also hides a very practical boot. Now offered solely in electric guise, the Combo-e has a range of up to 174 miles. Don’t think its van-derived nature means a back-to-basics drive; ride comfort and refinement are very impressive, and the interior looks smart and well finished.

The Q7 was Audi’s first SUV, and now fully warrants its name by coming in 7 seater guise. Befitting its status at the top of Audi’s range, the Q7 is extremely luxurious, with vast levels of standard equipment and a multitude of customisation options. The top-of-the-range Vorsprung boasts a Bang & Olufsen sound system and 22-inch alloys, plus rear-wheel steering to make it easier to park. The Audi is very roomy inside, particularly for those in the second row, while the third row is comfortable, too. Even the entry-level diesel engine produces a punchy 231hp, or you could opt for the Q7 TFSI e plug-in hybrid.

What is the most affordable 7 seater?

The most affordable new 7 seater, by a clear margin, is the intriguing Dacia Jogger. An innovative new type of car, it's a mix of traditional estate and modern crossover SUV. This liberates impressive interior space and an appearance that’s different to the norm. If you need a roomy five-seater with a third row of occasional seats to squeeze in seven people, and for a bargain price starting from less than £15,000, look no further.

For taking people deep into the rough stuff, there is no better all-wheel-drive 7 seater than the Land Rover Discovery. It is virtually unstoppable, and will take on everything from slippery slopes to rushing rivers. That it offers so much space and comfort for seven people makes it a great contender for best 4x4 7 seater status. That said, if you want a more affordable 4x4 7 seater that also comes with plug-in hybrid capability, the Kia Sorento is a good alternative.

Can you buy an electric 7 seater car?

Electric 7 seaters are rare, because these big, heavy vehicles need large batteries to offer sufficient range. The only fully electric 7 seater currently on sale is the Tesla Model X. It’s a very expensive car that serves up staggering performance. It can produce more than 1,000hp, while its upwards-opening Falcon Wing doors remain unique. There are more 7 seaters available in plug-in hybrid guise, which provide sufficient pure electric range for most daily commutes, along with a petrol engine as back-up for longer distances – removing the need to charge away from home.

Full Electric, petrol or a Hybrid but twith 7 seats

A family member has a diesel Ford S-MAX. It's nearing time for a newer model and they require seven seats. They have always liked the Ford but London has begun discriminating against diesel. They cover around 12,000 miles per year with some milage inside London and frequent return trips to Maidstone. Occasional trips to Scotland too. What petrol, electric or hybrid seven-seater do you recommend?
The Skoda Kodiaq is our seven-seater of choice. It's an SUV, available with 1.5- and 2.0-litre petrol engines. If your family member would prefer a people carrier like the S-MAX, we'd recommend a Toyota Prius+. It's a very reliable hybrid MPV. Also consider a petrol Citroen Grand C4 Spacetourer.