Kia XCeed At A Glance

Kia's new crossover priced from £20,795 rivals the Volkswagen T-Roc and Ford Focus Active. It arrived in showrooms at the end of September 2019.

Based on the Ceed hatchback, the XCeed is positioned between the Stonic and Sportage in size. It's a more premium offering, however, which explains why it's £2,000 more than the equivalent hatch.

The engine line-up mirrors that of the Ceed, meaning buyers get a choice of 1.0- and 1.4-litre turbocharged petrol engines, as well as a 1.6-litre diesel. A plug-in hybrid is also on its way, combining a 1.6-litre petrol with an electric motor to produce 141PS, as per the Kia Niro PHEV.

What do owners think of the Kia XCeed? Check out our Owners' Reviews from people who live with the car day in, day out.

Can you recommend a family car with good rear legroom?
The best cars of this size in terms of rear legroom are the Skoda Octavia or SEAT Leon. If you still need more legroom than those you will need to step up to a bigger mid-size SUV, something like the Kia Sportage. We have a guide to the best family cars here: https://www.honestjohn.co.uk/guides/best-family-car/
Answered by Lawrence Allan
Can you recommend an SUV available on the Motability scheme?
As you say, the Mazda CX-5 is a very good car that even today is nicer than many new rivals. However, given the savings offered on the Motability scheme there are some other choices worth checking out. Vauxhall has just updated the Grandland (formerly Grandland X) to make it a much more competitive car. Ultimate spec comes with lots of kit including a heated steering wheel and seats. The Peugeot 3008 is essentially the same car as the Grandland underneath, but with a classier interior, although the driving position won't suit all tastes. The Citroen C5 Aircross also shares its engines and platform with the Vauxhall and Peugeot and is exceptionally comfortable, but you might find the interior lacking in quality. We also see that the latest Nissan Qashqai is offered on Motability. It's a much better car than the old one, although perhaps still not as nice to drive or sit in as the CX-5. There are also raised-up hatchbacks that aren't quite as tall as full SUVs: check out the Kia XCeed and new DS 4 (the DS 4 in particular has a plush interior with lots of equipment). They may not offer the desired ease of getting in and out, however.
Answered by Lawrence Allan
More Questions

On the inside of an Kia XCeed

'2-Spec' versons of the KIA XCeed have an 8-inch infotainment touch screen that loads Apple Car Play or Android Auto from your phone, so you can use Google Maps or Waze and don’t miss the lack of standard satnav. You get a DAB radio, two 12v power sockets and a USB connection for your iPhone or Android Phone.

Soft furnishings abound inside wherever you lay your hands. '3-Spec' and First Edition XCeeds are even plusher with nice hexagonal pattern upholstery

And a wide 10.25 inch infotainment screen. Load area is 426 litres under the cover or 1,435 litres with the seats down, and on 'First Edition' models the rear seatback splits into three with a centre ski-flap.

And all KIA XCeeds come with a space saver spare wheel.

The XCeed is a car of two tyre sizes. '2 Spec' versions come on 16-inch wheels with chunky 205/60 R16 tyres, and on these wheels and tyres it's great. They give good ride comfort, absortb bumps and minor potholes and, above all, you can feel what they are doing through the steering.

Breakaway is progressive, predictable and easily controlled, not that the 120HP 1.0 T-GDI has masses of power to become unruly anyway. It's good fun to drive.

Progress from these 205/60 R16s to 235/45 R18s (the size fitted to '3 Spec' and First Edition XCeeds) and, while the ride isn't too bad, you can feel the lack of rubber between the rims and the road. You have to watch out for potholes, and the steering becomes over-light. The tyres grip well enough giving the impression of cornering on rails up to a point, but you're not sure where that point will be because the steering is devoid of feel.

The 120HP 1.0T-GDI goes well enough and is a good companion, helped with gearing in 6th of about 28mph per 1,000rpm. There's really no need to seek more. Though, of course, the 140HP 1.4 T-GDI is a couple of seconds quicker to 60 and feels significantly faster.

The 115HP 1.6 CRDI is in the range for high mileage drivers and with a braked towing weight of 1,200kg will suit caravan towers.

A 7DCT twin-clutch transmissioin is available with the 1.4 T-GDI and the 1.6CRDI. Though dry clutch these have been very little trouble on KIAs and Hyiundais since first introduced in 2012. There can be a slight hesitation from time to time, but it’s quicker to respond than the DSG gearbox used in Volkswagen Group cars.

Looking for a second opinon? Why not read heycar's Kia XCeed review

On sale until November 2021

What does a Kia XCeed cost? 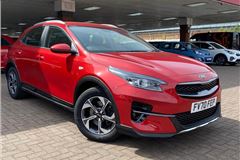 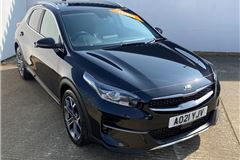 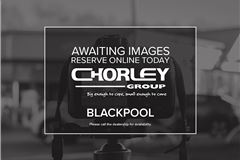