The previous Continental GT had a bit of a 'footballer's wives' image.

New prices start from £214,555
Insurance Group 50
On average it achieves 78% of the official MPG figure

Bentley launched an all-new version of its luxurious Continental GT coupe in 2010 which added further improvements to the original model, introduced in 2003, with a sharper exterior look along with a contemporary, hand-crafted cabin which promises class-leading refinement. The immense V12 engine has also been upgraded and a new V8 twin turbo powerplant was added to the range in 2012.

Inspired by the iconic Bentleys of the past, the trademark Bentley grill is now more upright, while a new headlamp design includes LED daylight-running lamps. At the rear, ‘floating' LED lamps extend around the corners of the wings, emphasising the new coupe's width. The track is 41mm wider at the front and 48mm wider at the rear than the previous model. The bootlid design has a ‘double horse-shoe' motif, reminiscent of the new Bentley Mulsanne, while there are flared elliptical exhaust tailpipes.

The shape of the new GT coupe's body is also more aerodynamic. In conjunction with a range of extensive underbody refinements (including wheel arch and exhaust aerodynamic aids) the GT's drag coefficient has been reduced to create greater stability at higher speeds.The new GT is comes with 20-inch alloy wheels as standard, with - for the first time on the Continental family - the option to upgrade to 21-inch designs. Three styles of wheel are offered - a 20-inch five-spoke version and two 21-inch Elegant and split-rim Sports variations, which come in a variety of chromed and painted finishes.

When it comes to power, the Continental GT has a choice of two high-performance engines. In addition to the 575bhp version of the renowned 6.0 litre W12 powertrain, a new high-output 4.0-litre V8 engine with 500bhp was added in 2012 with 40 per cent lower emissions than the W12.

What do owners think of the Bentley Continental GT (2010 – 2018)? Check out our Owners' Reviews from people who live with the car day in, day out. 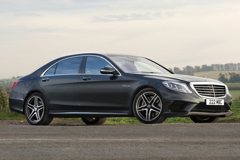 Supremely comfortable with an elegant yet modern interior., handles impressively well for such a big...

Which luxury car is the wisest financial decision - Ferrari, Bentley or Aston Martin?
Massive risk factor and high servicing costs with the Aston and the Ferrari, but recently Ferrari have been holding their prices quite well. A California makes more sense than a 430. Why not a Porsche 911? Obviously you will amortise your M4 more effectively by keeping it for another year or two, but if you're fed up with it that isn't an option.
Answered by Honest John
Which high-performance sports car should I buy?
The Audi R8 V8 manual if the money stretches to it, but they can be quite high maintenance. An RS4 certainly is. Or the new model manual Porsche Boxster S that has much better ride quality than the previous Boxster. For a fun car, a convertible makes more sense. And a Boxster has two boots, front and back, so is a better tourer than the new Jaguar F-Type that doesn’t have a lot of luggage space.
Answered by Honest John
Which luxury saloon?
So he's not worried about fuel economy, or is he? Porsche now does a Cayenne diesel turbo S that I drove on Thursday, but was restricted to 55mph so found out absolutely nothing about it. I love the hand built Mercedes '63' 6.2 litre naturally aspirited V8, but you can only get that now in a C Class and in the SLS. E-Class, CLS, etc., now run a more fuel efficient 5.5 litre twin turbo V8. BMW does a hugely torquey triple turbo 3.0 litre diesel, but an X6 fitted with it feels clumsy. I did like the XJ L 3.0V6 diesel - looks better with the longer wheelbase. Not too stuck on a Bentley Continental.
Answered by Honest John
More Questions 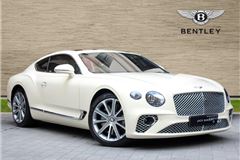 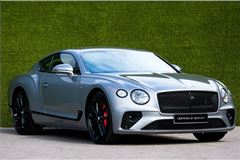 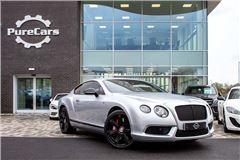