Fuel economy may not be as good as you hoped.

What do owners think of the Hyundai Tucson (2004 – 2009)? Check out our Owners' Reviews from people who live with the car day in, day out. 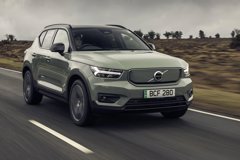 The DPF light keeps coming on in my car, despite driving it properly - what do you think?
It's probably full of ash from burning off the soot and because it it too full of ash it can no longer regenerate properly. Might be possible to have the DPF chemically cleaned by sending it away to Ceramex for about £400. Otherwise it needs a new DPF, which will be about £1000.
Answered by Honest John
What large hybrid car will do the best motorway economy for a long commute?
You can get about 60mpg from an Toyota Auris or Prius hybrid driving as you describe. For your kind of driving, probably not worth going to a plug-in. Most suitable care, maybe a Lexus IS300h SE on 16-inch wheels with 55 profile tyres. A hybrid SUV will be less economical because of the weight and shape.
Answered by Honest John
What's the correct tyre pressures for the Hyundai Tucson?
60 is quite deep profile and on an SUV the deeper the profile the less steering and road feel you will get. Unless you will be dong a lot of off roading, 55 profile seems to be the optimum for SUVs. Tyre pressure rise as you drive by as much as 4PSI once the tyres are fully up to temperature, so bear that in mind while you are experimenting. Softer tyres help, but Michelin doesn't yet do Cross Climates in 235/60 R16.
Answered by Honest John
Buying an affordable second hand rural runabout
A Hyundai Tucson or an old model KIA cee'd would do the job, but the diesel engines weren't very efficient. Unfortunately, early Nissan Qashqais have held their prices too well to be down to the £4k mark.
Answered by Honest John
More Questions

One report of a front subframe of a 56 reg breaking at 18 months old.

6-speed manual requires a change of transmission oil at 60,000 miles as part of the standard service schedule. If it does not get one, transmission damage gradually occurs.

2006 model 2.0 diesels had diesel particulate filters and reader experience indicated that these last up to about 170,000 miles, after which replacement cost is £2,500.

Report of MoT failure of 2008 Hyundai Tucson due to rust in the rear subframe. Quoted €600 for a replacement.

Hyundai Tucson Limited launched, based on CRTD CDX. Has climate control, leather seats, front fog lights and CD player, plus body coloured bumpers, body coloured side mouldings, privacy glass and a new black interior. Warm Silver or Ebony Black. Torque on demand system, allowing the car to switch automatically between two-wheel drive and four-wheel drive when necessary. New high-powered Euro IV diesel engine with 138bhp and 225 lb ft of torque. £18,370 on the road, just £200 more than the standard CRTD CDX model, on which it is based.

Powered by a 139bhp 2.0-litre petrol engine, it offers an affordable combined fuel economy figure of 35.3mpg. Coupled to a five-speed manual gearbox, it accelerates from 0-60mph in 10.4 seconds, with a top speed of 112mph.

The automatic model is available in range-topping ‘Premium’ trim at £18,695, and adds full leather trim, ESP and traction control, automatic headlights, a sunroof and electric folding door mirrors, along with a unique alloy wheel design. 2009 model year Tucsons can distinguished by some distinctive visual changes, such as a new-look radiator grille, a new rear number plate surround and modified instrument cluster on all models.

Four-wheel drive Tucsons also remain available, priced at £17,695 for the Style model and £18,695 for the Premium, both with six-speed manual gearboxes.

Warranty Direct claims records show the 2004 - 2009 Hyundai Tucson to be the 3rd most reliable used SUV/'Crossover' out of manufacturer warranty.

Hyundai Tucson 2004-2009 shown to be the 10th most reliable SUV in Warranty Direct's claims records. 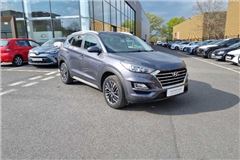 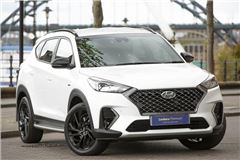