What do owners think of the Volkswagen Polo (2005 – 2009)? Check out our Owners' Reviews from people who live with the car day in, day out. 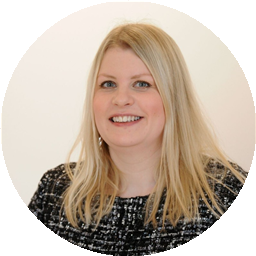 Answered by Sarah Tooze
What is a timing belt failure?
The timing belt controls the valve timing and if it has failed, valves will have hit pistons and the engine will probably have self-destructed. I guess it's possible that it tore apart slowly, so firstly the timing went out (explaining the emissions light), then, when it snapped, the engine died completely. On these engines the timing belts, tensioners, waterpumps and alternator belts need replacing every five years or 60,000 miles - whichever comes first if such disasters are to be averted.
Answered by Honest John
Can I sue a garage for giving bad advice?
Unfortunately, if no money changed hands for the bad advice given by the garage there was not contract and nothing to sue for. But if the car was originally bought from that garage, then you may have a case that the car was "not of satisfactory standard". Timing chain failure in VAG 1.2, 1.4. 1.8 and 2.0 TSI engines are commonplace because of the varying quality of the links in the chains. See: http://www.honestjohn.co.uk/faq/consumer-rights/
Answered by Honest John
Should I keep or sell my old Polo?
That's quite a good deal: £7500 for the new car and a good p/x allowance for your Polo: http://www.honestjohn.co.uk/used-prices/Volkswagen/Polo/2008/?q=1.4+TDi/
Answered by Honest John
More Questions

Underneath, this is basically the same Polo tested in January 2002. Its had a facelift since then, and now sports different headlights. VW has added some aerodynamic tweaks, including a closed front grille a lower front spoiler, a tiny rear spoiler and sat it a bit closer to the road. The car gets 5J x 14 alloy wheels with unfashionable deep section and narrow 165/70 hard compound tyres. But the main changes are under the bonnet.

There, the 1.4 litre belt-cam 3 cylinder TDI engine has a variable vane turbocharger and Electronic Gas Recirculation to both increase economy and reduce emissions. While the final drive has been lengthened with revised ratios for 3rd, 4th and 5th that offer 35mph per 1,000rpm in 5th.

In theory, that should not have done as much as it has. Theres no fancy system that shuts off the engine when you stop, no clutched alternator, no special battery.

Inside, its fairly plain. Standard soft plastic covered steering wheel, radio c/d, but nothing fancy. Not even air-conditioning. A/c is part of the spec of the Bluemotion 2 but costs you an extra 5g/km CO2 and £35 a year tax.

Get moving and at first it feels long geared in 1st and 2nd. The variable turbo means plenty of torque from quite low revs so dont need to use many to get going. And its not hard to keep it in the 1,500rpm to 2,500rpm rev range.

Idling the engine while taking snaps and tonking down the M3 were hardly conducive to good fuel economy, which the computer showed me was 55mpg over 45 miles. So I wondered how soon it would take for that fabled 83mpg at a steady 56mph to haul the average up past 60.

The answer was just 10 miles. And after another 5 miles Id got it to 63mpg. That meant that to raise the average from 55mpg to 63mpg over those last 15 miles I must have averaged more than 80mpg.

Headlight top brackets are weak and prone to breaking.

Beware of 1.4 engine failures. Report of bore ovalisation on a 1.4 happening twice after 7,000 and 15,000 miles, necessitating two new engines. (Probably due to a duff injector, if they were not replaced at the same time.) Further reports of this from other readers. May also suffer from cracked exhaust valves costing £1,600 to repair.

If a front wing is replaced and the last bolt closest to the scuttle is either omitted or not tightened properly this will lead to water ingress to the car.

Lumpy running of early 1.2 Polos can be due to timing chain stretching and jumping a tooth. Unexplained problems with fuel systems of 1.2 petrol models that seem to overfuel sporadically for no apparent reason might be due to stretched timing chains. Reports of severe carbon deposits damaging the valves of 1.2 3-cylinder engines.

Timing chains of 3-cylinder chain cam petrol engines are snapping, possibly because they need cleaner oil than VW anticipated with its service regime, or possibly because the wrong oil has been used. Timing chain tensioner problems on 2002-2003 1.2s, usually caused by not changing the oil and filter often enough. Cured on later engines by a more substantial tensioner. Total engine failures of 1.2s not unknown after as little as 5 years and 38,000 miles. (VAG changed the tensioner from 2003.) VITAL TO CHANGE THE OIL OF THIS ENGINE AT LEAST ONCE A YEAR.

Coils of 02 build that had not previously failed were starting to fail by 2007.

Has been a spate of auxiliary drivebelt failures on 1.2 engine.

Exhaust valves of 1.2 3 cylinder engines can burn out.

Apparently the reason for exhaust valves of 1.2 litre 3-cylinder petrol engines burning out is that they need 97-99 Ron Super petrol in order to run slightly cooler.

(Interestingly, VW's new for 2010 1.2 TSI engine is 4-cylinder and chain cam, losing the benefit of 25% less friction of a 3-cylinder compared with a 4-cylinder.)

Another 1.4 16v engine failure. Polo Match 1.4 first reg. 11-10-2008. Mileage 29,000. Serviced regularly by Rotherfield Motor Company, Midhurst. In mid April 2012 the engine was rough running and the car was taken to VW White Rose Centre, Petersfield, on Friday, 27th April. First report was low compressiion on one of the cylinders requiring removal of the cylinder head for further examination. Reader then told that a new cylinder head was required and the repair bill would be £l,976.28.

"Genuine manufacturer replacement starter motors" may merely be badly reconditioned to a poor standard. " I dismantled the whole motor. It was interesting to see what influence the high price of copper has had on starter motor manufacture. It has no field windings, these have been replaced with rare earth permanent magnets, and the rotor is only half the size that you expect with half the copper. It is now a low torque high rev motor, running through an epicyclical gear reduction to give high torque and lowered output operating RPM. No faults were found in the motor. Before I fitted the new solenoid, I noticed that the new one was put together with a sealer where it was crimped/ pressed together and the genuine replacement was not. I fitted the new solenoid to the motor and fitted it all back to the engine and it works as expected. The mileage is now 3,750. I was now left with a scrap supposedly non repairable solenoid, which had a badly bent return spring which interfered with the operation. I opened up the solenoid with a one millimetre angle grinder disc. What I found was interesting and shameful. The moving copper contact bar was not new, it was a well worn out contact bar and had been turned over to the unworn side which looked like it was not even cleaned before refitting. This is the sort of thing you might expect from a disreputable back street garage."

Another 50k mile 2007 1.4 TDI engine failed due to fuel contaminating the lube oil.

Front wheel arch liner can rub against the metal, taking off the paint and eventual;ly leading to rust perforation of the wheel arch. In September 2013 VW would still contribute 50% 'goodwill' towards the repair even if the car had not been regularly serviced by VW dealers.

Excess but even across the tread nearside front tyre wear reported on 2008 Polo 1.2.

Engine of 2006 Polo 1.2 3-cylinder failed at 44k miles with burned valves, stretched timing chain, ets. Unrepairable. VW agreed to fit an exchange engine at cost of £1,600, then reduced the final bill to £1,380. Apparently the reason for exhaust valves of 1.2 litre 3-cylinder petrol engines burning out is that they need 97-99 Ron Super petrol in order to run slightly cooler.

Report of intermittend failure of power steering on 2007 VW Polo.

Polo Dune features unique styling, and combines the appearance of a 4x4 with compact proportions of the Polo. All models have five doors, while exterior additions include: 17" ‘BBS’ alloy wheels; unique front and rear bumpers; side and wheel-arch protection; silver coloured roof rails; and suspension raised by 20mm. From £12,645 on the road for the 1.4-litre 75 PS petrol or for £850 more a 1.4-litre TDI 70 PS diesel.

With CO2 emissions reduced to just 99g/km, qualifying the car for Band A zero rate (free) VED annual tax and 74.3mpg. First UK deliveries October 2007, priced at £11,995 for the BlueMotion 1 and £12,845 for BlueMotion 2 with higher levels of equipment. BlueMotion 1’s list of standard equipment includes diesel particulate filter, twin front and side airbags, a CD player and electric windows.

BlueMotion 2 also has air conditioning, rain sensing windscreen wipers, remote central locking and leather trim for the steering wheel, handbrake and gear knob, but emits 104 g/km of CO2 (so £35pa VED) while returning a combined 70.6 mpg. By 58 reg, the BlueMotion 2 had dropped into VED band A at the cost of dropping the spare wheel and replacing it with a puncture repair kit.

A leather-trimmed steering wheel, gearknob and handbrake grip are joined by the option of either a six-disc CD autochanger or an iPod connection to allow access to your digital music library on the move. Practical additions include electric front windows, a split folding rear seat, height adjustment for the driver’s seat and a useful drawer under the passenger seat. All these enhancements represent an £825 improvement in value. Powering the Polo Match is a choice of engines ranging from the compact petrol 1.2-litre unit up to the flexible 1.4-litre TDI engine.
Prices for the Polo Match started at £9,315 for the 1.2-litre three-door model before rising to £11,380 for the 1.4-litre TDI five-door variant. 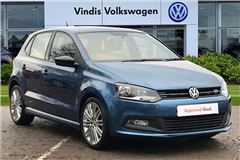 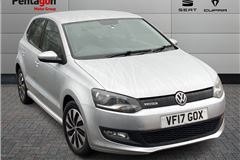 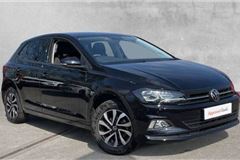