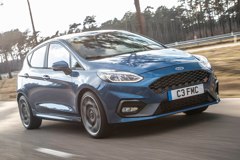 What do I do about the ESP failure on my 2005 Volkswagen Golf?
After the initial scandal when VW dealers were asking £1,800 - £2,000 to fix this on cars just out of the 3 year warranty, VW was eventually shamed into applying a fix developed by http://www.ecutesting.com/ but stopped doing this FoC in August 2015. For a 55 reg, now more than 10 years old, best to get your VW specialist to send the module to ECU testing to get it fixed. Cost you a total of about £500.
Answered by Honest John
Why doesn't anyone make a V6-engine family car any more?
You're right about V6s. Emissions taxes have killed them off. There's a beautifully smooth chain cam V6 in the Lexus IS250, but that's best as an auto and maybe not your type of car. Everyone else seems to have gone 2.0-litre turbo petrol. Audi's 340PS 2.5 chain cam 5-cylinder in the TTRS and RS3 is brilliant, but some people don't rate the handling ‘feel’ of the RS3 and, while £20,000 buys a 265PS S3, it won’t buy an RS3. The MG KV6's life is fairly amazing, but worth recording in car-by-car breakdown at HJUK (I’ve also had reports of a 1.6K Series that reached 400k).
Answered by Honest John
My no-claims bonus has lapsed - where can I insure my Volkswagen Golf R32 cheaply?
Http://www.primoplc.com
Answered by Honest John
More Questions

If ESP/ABS amber warning light comes on intermittently and will not re-set, you might not actually have the ATE Teves Mk 60 ABS/ESP problem. First check circuits and start at the ABS fuse and holder (no 9 on a Golf, on scuttle edge by driver door). Pull it out, have a look and if okay replace it. The warning light may then go out. Sometimes they slip out a bit and become wobbly, which is enough to set off the warning.

Both timing chains of 3.2 VR6 prone to stretching and jumping cogs, throwing out the timing. Due to the amount of dismantlung involved, replacing is a £3,000 job.

Mk V Golf R32 not immune to Golf Mk V rusted front wing problem. Well known problem of the rubber sound proofing mat rubbing the inside of the wing. A TSB was issued in 2009 telling dealers to cut back the mat and replace the wing where rusting has occurred. Sometimes possible to get 50% goodwill payment towards the cost from Volkswagen Customer Care.

Report that VW's free or dealer contributed fix of the ATE Teves Mk 60 ABS/ESP module failure has ended in August 2015 because the cars were all then more than 6 years old. Fault discovered by VW dealer on Golf GTI Edition 30 in November 2015 and reader forced to pay, since when the reader has been attempting to get a contribution to the fix. By 26-1-2016, VW agreed to meet this claim in full. 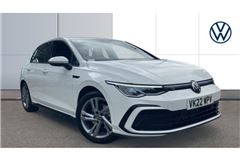 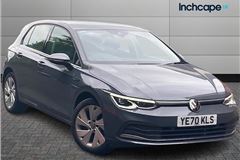