Sportier, livelier and more fun to drive than the Fiesta on which it is based, easy access to the boot. 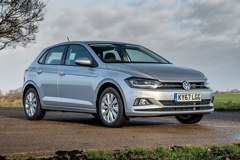 Mazda 2 EAC warning - what does it mean?
Common problem on the 1.4HDI/TDCI. Likely to be failed injectors. If you are lucky, the problem may only be failed injector seals.However, EAC is 'Electronic Accelerator Control', so get that checked first.
Answered by Honest John
Mazda bodywork issues?
This has come from the fact that Mazda Eunos roadsters from 1989 to 1996 were not undersealed and had rust problems. Early Mazda MX5s were also vulnerable in the area just in front of the rear arches. Older Mazda 6s could suffer a bit in the wheelarches. But if you have any work done when the car is not bone dry (need a low bake oven in this weather) then any extra treatment could hold moisture and would anyway void the Mazda no rust through warranty.
Answered by Honest John
Best small used car for £4000?
£4000 only gets a Mk1 Honda Jazz up to 2009. Very practical and versatile, but not much fun. If you can find a Mazda 2 1.3TS2 for £4000 she'll enjoy driving that a lot more.
Answered by Honest John
We need a small MPV with good access for a dog - any suggestions?
I think the lowest load decks that cars ever had were in the Toyota Yaris Verso, up to 2006, and the old model Mazda 2, up to 2007. A further alternative might be a secondhand Berlingo or similar, converted with a drop-down ramp at the back for wheelchairs. The dog could then simply walk in. See www.brotherwood.com/default/
Answered by Honest John
More Questions

Report of 2006 Mazda 2 1.4 diesel losing power and displaying EAC on the dashboard. Could only be driven slowly in 1st gear. Likely to be failed injectors, which is a common problem on the 1.4HDI/TDCI in small Citroens, Peugeots and Fords. 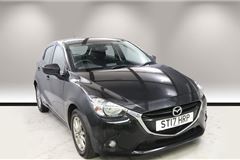 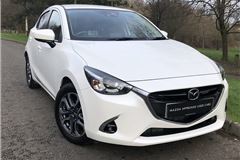 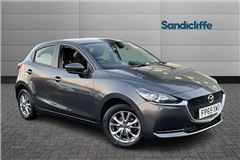