The 2014 S-Class platform is entirely redesigned, although the wheelbase and overall length are the same as its predecessor. The body shell and the suspension systems now incorporate a greater percentage of aluminum. The lighter materials help trim about 200 pounds from the car, even as it grows a smidge wider (1.1 inches) and taller (0.8 inch).

The S500 is still be powered by the twin-turbo 4.7-litre V-8, which gains 20PS for a total of 455PS. Torque remains at 700NM. A seven-speed automatic is the only transmission.

The interior is even more sumptuous than the W221, with stitched leather that you can practically smell in photos, rich woods, and touches like piano-key HVAC controls, organ pulls for the main air vents, and an available pop-up tray table between the rear seats. The massaging seats have a hot-stone setting that uses a fast-acting heating element. The S-Class has seven different colors, five dimming levels, and four dimming zones.

A chauffeur package affixes a power-operated footrest to the right-rear seat. Along with the back-seat “cushionbag”, rear passengers in the S-class have inflatable seatbelts and motorized buckles that rise up out of the seat for easy access, and then retract. In total, there are more than 100 actuators and electric motors in the S-Class.

Transmissions all 7 G-Tronic Plus except S63 and S65 AMG which have AMG Speedshift MCT.

Optional 'Magic Ride' uses cameras to reas the road surface and road undulations ahead and adapt the suspension settings for the best ride quality and damping.

Transmission is the now familiar seven-speed MCT, which is fitted to most AMG models. It can be left to change gears on its own or can be overridden with paddles, plus it features settings for efficiency or performance. Choosing manual or performance modes makes the exhaust note more purposeful and changes the ESP settings to make the handling more entertaining.

The S-Class is a luxurious car so the cabin features an array of technology including a large TFT display, attention assist, collision prevention assistance, all-LED headlights and some indulgences including 10-speaker audio and an assortment of AMG touches and top-quality materials. Numerous optional extras, both cosmetic and functional, are offered. Standard tyre sis is 245/50 R18.

With an output of 530 hp, the V12 biturbo engine in the S600 packs a bigger punch than its predecessor did with 517PS. The displacement of the engine has increased from 5,513 to 5,980 cc. The maximum torque of 830 Nm is available from 1,900 rpm. The S600 now for the first time features the ECO start/stop function as standard, which contributes to the car reaching the Euro 6 emissions standard. The combined fuel consumption of the S600 stands at 25.4 mpg – a 21 per cent improvement over its predecessor (20 mpg).

The comprehensive standard specification of the S 600 reinforces its role as a flagship model. The LED Intelligent Light System, the MAGIC BODY CONTROL suspension with ROAD SURFACE SCAN and the Driving Assistance package Plus, for example, all come as standard. The latter comprises Active Lane Keeping Assist, Active Blind Spot Assist, BAS PLUS with Cross-Traffic Assist, DISTRONIC PLUS with STEER CONTROL and Stop & Go Pilot, PRE-SAFE Brake and PRE-SAFE PLUS.

The S 300 BlueTEC Hybrid L AMG Line, S 600 L AMG Line and S 65 AMG L will be available from April 2014, extending the range to now include the first diesel hybrid engine in the segment.

The S 300 BlueTEC Hybrid L AMG Line is the second engine for the S-Class Hybrid offering (alongside the S 400 Hybrid L), and is from the same engine family as the successful E 300 BlueTEC Hybrid, with a 2.2 litre, four-cylinder diesel engine joined by a 27PS electric motor. With a combined fuel consumption of 61.4mpg and CO2from 120g/km, it is available from £72,260 OTR.

In addition, standard equipment across the entire S-Class range, including the S 300 BlueTEC Hybrid, from March 2014 features an innovative touchpad system that allows control of COMAND Online using single or multiple-finger gestures, and new optional features include the new Head-up Display, which provides the driver with key information at a glance without having to take their eyes off the road, and heated windscreen.

Arriving in November 2015, it can return an official 100.9 mpg, emits 65 g/km of CO2, can accelerate from rest to 62 mph in 5.2-seconds before reaching a limited 155 mph and yet is exempt from road tax and receives a 100 per cent discount on the London Congestion Charge.

In the UK the car will be offered in long wheelbase form and will cost from £87,965 on-the-road and is subject to a BIK rate of just five per cent.

Powered by a V6 biturbo petrol engine producing 333PS and an electric motor developing 116PS, the S500 Plug-In hybrid generates a total of 442PS and 650Nm of torque. It can travel over 20-miles on purely electrical power. 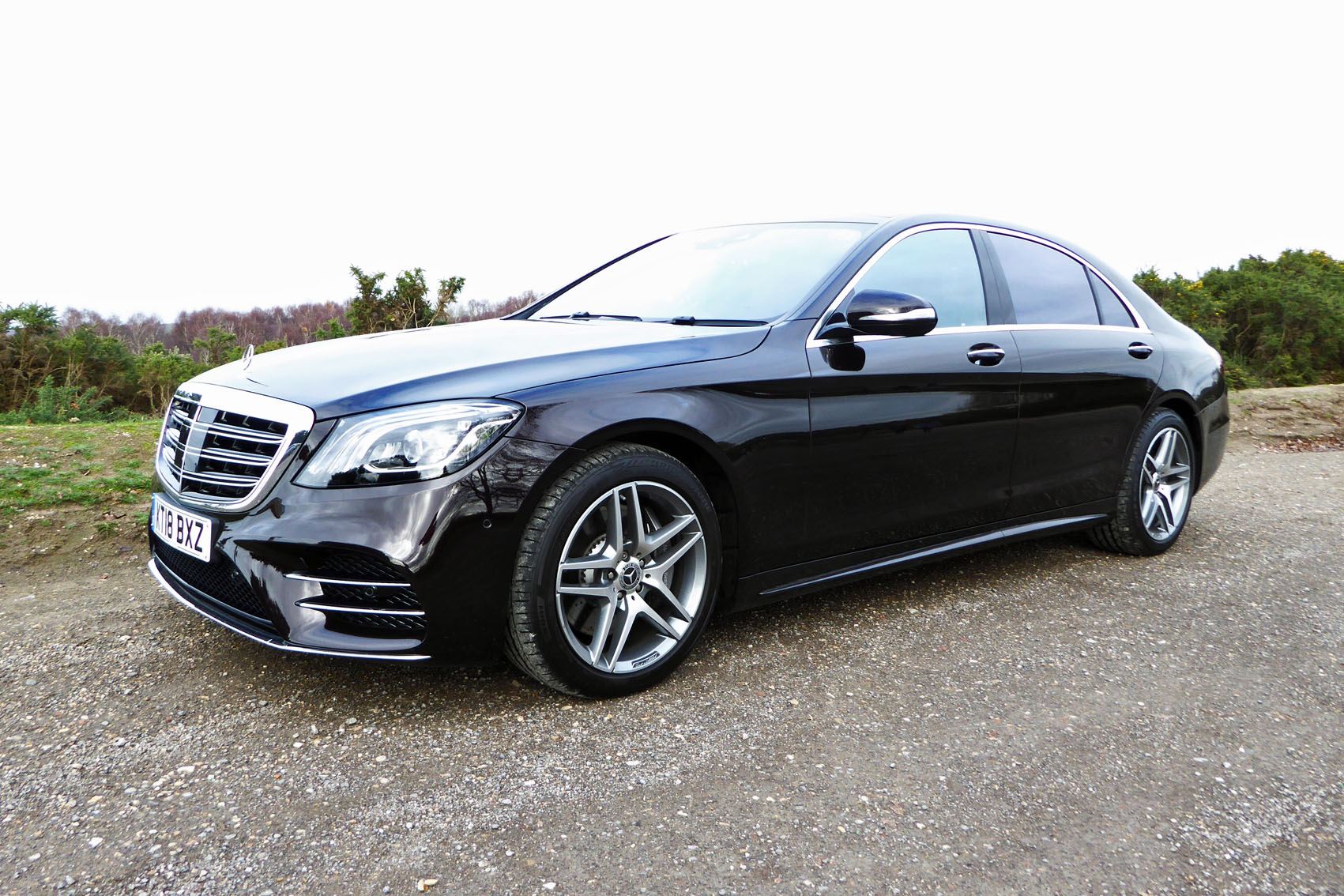 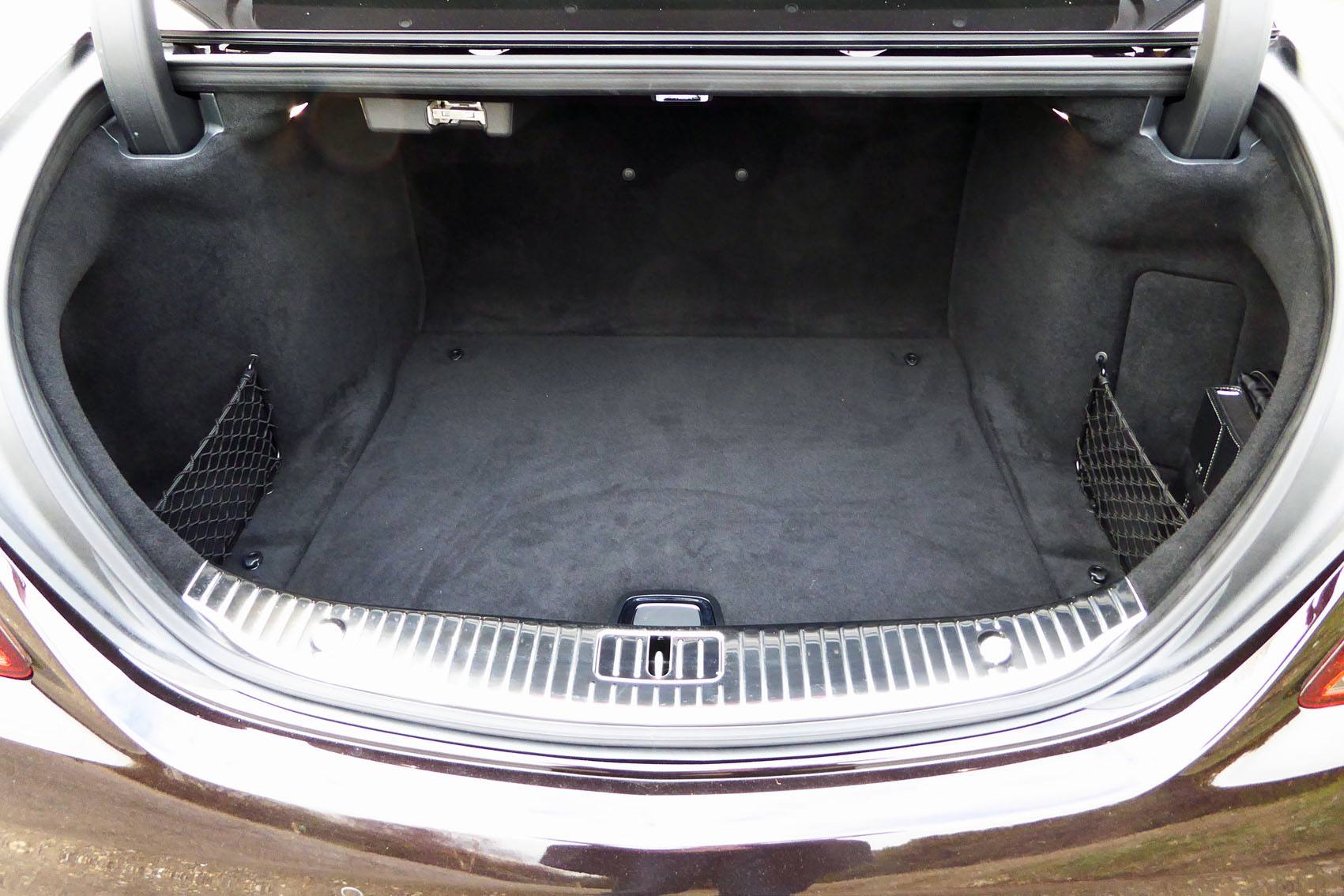