Masses of power, grip and adrenalin-fuelled fun, yet also docile when you want it to be. A fantastic all-round drive.

Your driving licence may never look the same again. Problems with interlinked dynamic ride control struts, prone to leaking at the seals. RS4 is a very high maintenance cars. Be forewarned.

The car Audi used to take on the BMW M3 and managed to combine excitement with a package that did not require as much skill to drive quickly.

Even so, on the launch at and around the Goodwood circuit, a certain well known and very popular journalist got pulled by the local traffic police.

A fantastic car to drive. Huge power and also masses of controllable grip. Each wheel sends a separate message to the driver. Huge torque over wide power band. Docile and friendly to drive at low speed. Massive overtaking power.

Complaints of faulty standard iron discs needing replacement every 6,000 miles due to warming or misalignment on the hubs. Carbon ceramic discs cost in the region of £5,000 factory fit or £10,000 retro-fit

Front dampers can leak and PAS hoses can fail.

Seems to be quite a severe problem of carbon build up in intake manifolds of RS4 FSI engines (and other FSI engines). More here: Audizine FSI Megathread

Complaints of buckled wheels, juddering brakes due to warped discs and notchy gearchange due to failing clutch and flywheel on a used RS4 purchased March 2012 and repaired September 2012 at a cost of £2,600. Selling dealer said all wear and trear items and refused to pay.

Warning: RS4s are fantastic, utterly brilliant cars to drive. But they are very high maintenance and prosepective owners need to be prepared for the high cost of wearing and easily damaged parts such as tyres, wheel rims, brakes, clutches and flywheels.

Sport memory seats hug you when sport mode is activated (on steering wheel). Tailpipes have actuators operating flaps for better sounds. Hydraulic damping is split diagonally to give excellent body control and also a good ride. Standard 19" wheels for UK.

A fantastic car to drive. Huge power and also masses of controllable grip. Each wheel sends a separate message to the driver. Huge torque over wide power band. Docile and friendly to drive at low speed. Massive overtaking power. The safest way to go really quickly in a car. Avant and Cabrio from June/July 2006. Available to order from 3-3-06 at OTR prices of £51,780 and £59,580. 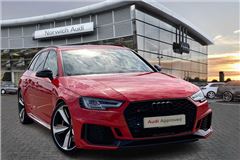 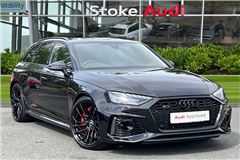 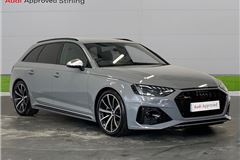