Basic spec on early models. Aircon is prone to fail and, on early cars, sited in a vulnerable place. Mechanical problems not unknown.

What do owners think of the SEAT Alhambra (1996 – 2010)? Check out our Owners' Reviews from people who live with the car day in, day out. 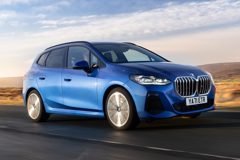 Practical cabin with great infotainment. As posh inside and as fun to drive as any other BMW.
Mercedes-Benz B-Class 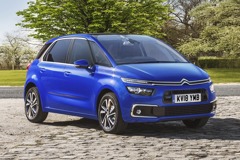 New name for C4 Picasso but with same practical and flexible interior. Available with excellent Puretech...

Why are the gears on my 2005 SEAT Alhambra not engaging?
Worn clutch and possibly also a failing dual mass flywheel.
Answered by Honest John
I'm after a seven-seater for £1000 - is there anything you'd suggest?
For this sort of budget it's actually impossible to recommend anything that is guaranteed to be reliable. An old Galaxy, Sharan or Alhambra 1.9 diesel might be, but it's a long shot. At least half will have been minicabbed to hundreds of thousands of miles. And they all face prohibitions from city centres.
Answered by Honest John
Can you recommend a cheap car for towing a caravan?
Still banger territory so far easier to get a dud (and particularly a clocked dud) than a good one. Many will have seen high mileage taxi work. Probably best off with a Galaxy/Sharan/Alhambra 1.9 diesel because you can get the parts.
Answered by Honest John
Interior lights on a SEAT Alhambra - is this right?
Yes, basic fault and the light is remaining open circuit. Switch if off completely, and if that does not work, remove the bulb so the circuit cannot complete, otherwise it will drain your battery overnight.
Answered by Honest John
More Questions

Make sure servicing up to date and any warranty of up to 3 year olds still in place.

Make sure 7-seaters have rear compartment heater. Spec was progressively improved. Later Alhambra TDI 110 has aircon and pop up picnic trays on backs of front seats.

Pre 1999MY key-lock immobiliser models suffer same security design fault as Passats, A4s and early Golf Mk IVs. Thieves can pop out the lock barrel then use the same screwdriver to turn lock so all the windows open and alarm sensors are disabled. Beware if wipers will not switch off. Vital to check that the aircon works properly as this is a common failure and fixing it can be very expensive.

Have also been manual gearbox problems with TDIs and one report of gearchange cables separating on a 1996 2.0 litre petrol model. On 6-speed twin shaft manuals the gearchange from 1st to 2nd can become still. First stage dealer cure is to replace the transmission oil. If that fails, it needs a synchro ring replacing. So if your box stiffens up, make sure it is attended to before the warranty expires.

Automatics can lock in 'park' when the brake switch fails.

Insulation of cables to lights and wiper in rear door can crack.

1.8T 20v engines are snapping their timing belts at 70,000 - 80,000 miles and the extensive damage this causes is not repairable. The car will need a replacement engine. 1.8 20Vs also suffering problems with air mass sensors which cost around £200 to replace. All 1.8 20V turbos built from around August 2001 to October 2002 can suffer from failure of one or more of the four ignition coils, which lead to a dispute butween VAG and a supplier and a severe shortage of coils from November 2002 to January 2003.

Water gets into wiper motors, corroding them. New motors £500. First symptom they will not turn off.

On TDIs, EGR valve should open to allow carbon dioxide, which acts as a cooling gas) into the combustion chambers when the engine is under load (>30% boost). This allows the combustion chamber temperature to drop and thus the temperature of the exhaust gases. If it sticks in the closed position the exhaust gas temperature will rise causing a) the turbo bearings to fail and b) engine oil into the induction system. This can lead to the engine running on its crankcase oil until it is either stalled or goes bang. Problems with EGR valves in TDI engines are often the cause of rough running when the valve is stuck in the open position as well. In several cases turbos have blown but the EGR valve has not been replaced. Inevitably the new turbo unit will not last long.

A problem of 2.0TDI PD 140s is failure of the oil pump. The oil pump is driven from a balancre shaft via a short hexagonal shaft. The peaks of this hexagonal shaft locate in six corresponding but minute grooves machined within the otherwise circular-bored oil pump drive shaft. Thus, the oil pump drive relies entirely on an interference fit of little more than 0.010" along the peaks of the hexagonal shaft. After about 50,000 miles, the shaft can round off, resulting in a totally destroyed engine and turbo, plus a bill of up to £9,000. If the danger is known and the oil pump is removed by the garage in good time, a new replacement pump will cost over £500, plus the labour etc to remove and refit it. However, it is also possible to save the old pump and modify the drive at a fraction of the cost of a new one. Many local machine shop already have numbers of these pumps in for such rectification, the drive shaft of each having been on the point of rounding off.

15,000 miles after new timing belt fitted to 2007 SEAT Alhambra D Stylance, the aux belt (which had not been replaced) came off, wrapped itself around the lower timing belt pulley, took off the timing belt and destroyed the engine. Warning: always replace the aux belt after replacing a timing belt.

New seven-seat Alhambra Ecomotive becomes one of the first models in its class to slash CO2 emissions, in this case down to 159 g/km, via a selection of clever fuel- and emissions-cutting refinements. The 140 PS 2.0-litre TDI is capable of as much as 57.6 mpg (extra urban), and 47.1 mpg (combined) - significant improvements over the standard car's figures of 49.6 mpg and 42.8 mpg respectively. 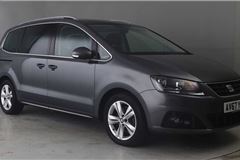 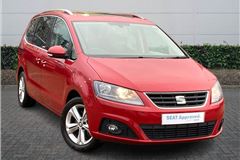