Pricey even for an Aston.

What do owners think of the Aston Martin DBS (2008 – 2012)? Check out our Owners' Reviews from people who live with the car day in, day out.

Astonishingly quick yet easy to use as a daily driver. Comfortable and refined cabin. One of the few...
Porsche 911

Are there any sports cars which don't depreciate heavily?
Everything depreciates, even Ferraris that drop to between £20,000 and £30,000, then start going up again. So the trick is to buy a Ferrari when prices for that model bottom out. 550s and 575s are now on the way up. Similarly, good 1980s Porsche 911 930s are now going up, and moneyed people have turned older Aston Martins into rapidly appreciating investments. But any exotic car can turn round and bite you. A new engine for a Porsche 911 or 996 can cost £15,000. Basically the rarest, most desirable cars appreciate, but they also tend to have the highest running costs. The less rare, more reliable cars, like anything with the 6.2-litre Mercedes AMG63 engine, depreciate. It doesn't work both ways.
Answered by Honest John
Should I haggle when buying a sports car such as an Aston Martin DB9 or Ferrari California?
Depending on whether you are buying a relatively new Ferrari/Aston, or an older one for investment there is massive room to manoeuvre. Among the classics, don't ever believe anything you read. A car may be reported as sold for a mind-boggling amount, but this can simply be to hype the investment market and attract investors into paying colossal amounts at auction. Ferrari 250GTOs and 250 Californias are two cases in point. Currently, Ferrari F550s and F575s have bottomed out and are on the rise. DK Engineering can advise. If buying a newer prestige sports car, then everything is negotiable. Or you go to tomhartley.com which is the best way to pay the right prevailing price for a car without being hyped and ripped off.
Answered by Honest John
More Questions 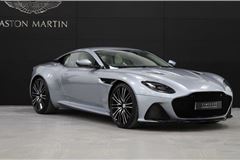